Purple Teaming: How to Approach it in 2017

The Way It Was

The concept of purple teaming is not new.  We’ve been doing it for years; it was just disjointed and we didn’t call it “purple” or “red and blue”.  Instead, the red team “broke in” (usually walked in), perused the aisles, took what they wanted, and then wrote up a scathing report with lots of items for the blue team to “fix”.  The best penetration testing reports provided executive summaries with thoughtful root causes and enough details for the blue team to reproduce the observations.  This included screen captures (yes, we accessed that) and sometimes video playbacks (yes, it was that easy).  The end result was the red team left with a “mission accomplished” feeling and the blue team was left feeling dejected or confused or angry and then tasked with digging through log sources to find out what went wrong with all the defensive controls they painstakingly put in place but still “didn’t see anything”.

As some of the best and brightest on the red team decided to give the blue side a shot (how hard could this defender thing be?), they realized not only was the deck stacked against them, but winning wasn’t an option.  Instead of winning, words like “containment” “eradication” and “response” were the best options. But why? The playbook was there; but no one was sharing it with the blue team.  They found:

Collaboration. Let’s do this thing side-by-side.  We’ve got smart red teamers and hyper capable blue teamers and we’re all taking an open-book exam together.  Combined, we can start detecting, blocking and responding to early indicators of compromise (IOC’s), indicators of attack, and threat actors in the network.  At Security Risk Advisors, we’ve seen our share of successful and unsuccessful purple teaming, here’s what we’ve learned to make it add value and efficiency to existing processes and toolsets:

Use a tool to track progress 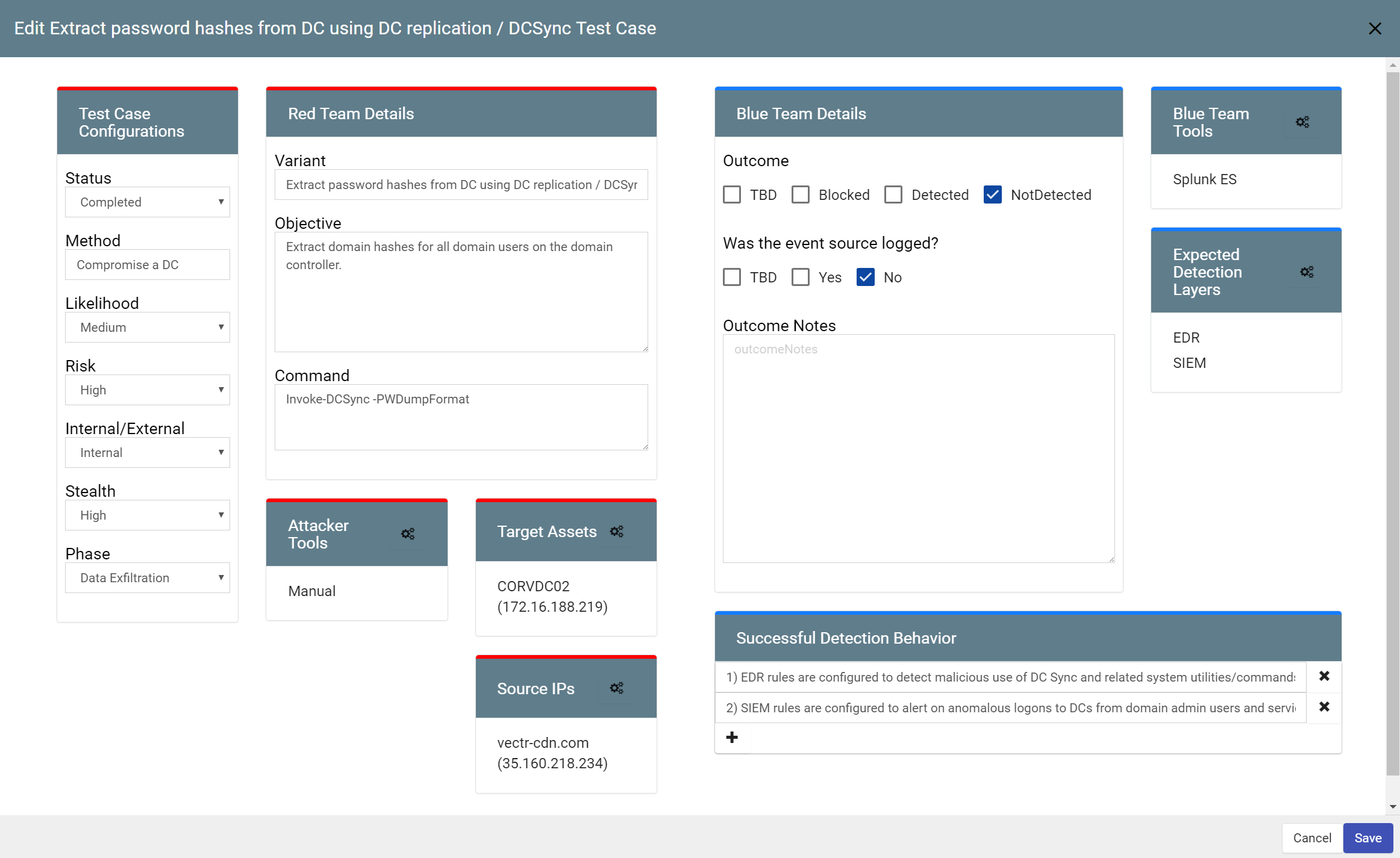 Fig 2: Example Detailed Test Case within a Campaign in VECTR™ 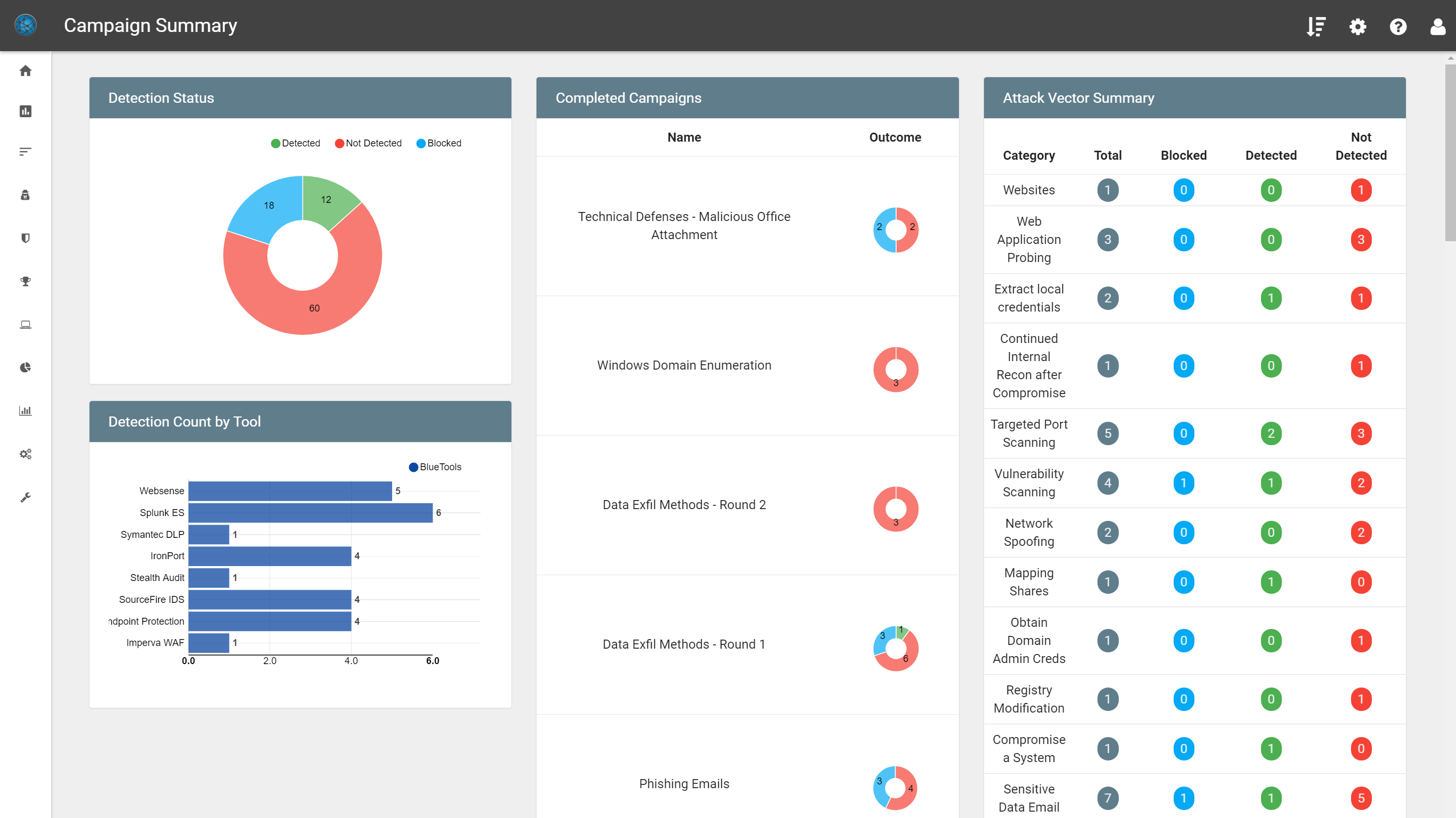 Get better and do it again

Toolset POC’s: Purple team exercises are a great way to score and test effectiveness of new software/appliances during product selection bake-offs.  For example, EDR (Endpoint Detection and Response) and UBA (User Behavior Analytics) continue to be the most implemented new toolset in our client environments assuming they already have a SIEM and DLP.  Continuous tuning and engineering of new toolsets is always required and conducting a purple team assessment specifically aimed at what the toolset is supposed to detect or block can help inform a product bakeoff in a demonstrable & repeatable way.

Purple team exercises highlight the strengths and gaps in defensive tools and processes and is a collaborative approach to getting better at defending against real attackers. Traditional penetration and red teaming should still be executed regularly throughout the year to get a true sense of the defensive posture of your organization; however purple is the key to measurable, effective improvements.

Security Risk Advisors conducts collaborative Purple Team exercises for many industry leading clients using the VECTR™ tool. Contact us and visit the VECTR™ website at vectr.io to learn more about this innovative approach.

Prior to shifting his focus to defense and secops, he led hundreds of penetration tests and security assessments and brings that deep expertise to the blue team.

Chris has been a distinguished speaker at BlackHat Arsenal, RSA, B-Sides and SecureWorld.

Prior to Security Risk Advisors, Chris was the lead penetration tester for a Big4 security practice.